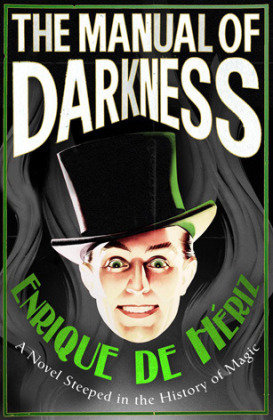 Victor Losa has spent his life studying magic – he lives, breathes and dreams it. His mentor, Mario Galvan, taught him not only the practical aspects of the art, but also its history and in particular the lives of famous Victorian magicians such as Hoffman, Maskelyne, and Cooke, and the tricks that made them famous: the line of fire, the disappearing woman. But perhaps the most enigmatic historical figure of all is Peter Grouse, a pickpocket who decided to challenge the best magicians of the day. Now, Victor Losa is standing outside a green door, ready to receive an ovation from his colleagues after having been proclaimed the world’s best magician. Suddenly a light appears in his eye and he can’t see the door anymore. But this is no magic trick – he is diagnosed with a rare degenerative condition of the optical nerve. In short, he is rapidly going blind. As he loses his sight, Victor finds that there are new ways to conjure the world through stories of the past, present and future. And finally he learns the secret behind the story of Peter Grouse.

The world’s best magician is going blind, but is there a story in his past that can save him?

Praise for “The Manual of Darkness”

A charming and somewhat leisurely read… that divides between a well-researched account of historical developments in conjuring practice and the story of a Barcelona magician called Victor Losa in the present day… Enrique de Heriz is to be praised for what finally adds up to a meaningful and beautiful investigation of loneliness – something that not even magic can heal – as is Frank Wynne for his responsive and gripping translation.
Marion Womack, Times literary Supplement

This is a witty, complex look at the long history of sleight-of-hand and deception, told with a magical flourish.
The Times

Enrique de Hériz’s intriguing novel… about magic and illusion… is a clever, tricksy puzzle of a book where a procession of darkly memorable scenarios play with the reader’s imagination on a variety of levels, with a final reveal that is mind-bogglingly effective. METRO

‘Magician extraordinaire Victor Losa has honed his art since being apprentice to the formidable Mario Galvan. In turn, he has earned his own success and is about to be named the world’s best magician when he feels something isn’t right, later discovering he’s going blind. But even that won’t stop his love of magic in this brilliant book full of ingenious characters.’
STAR magazine