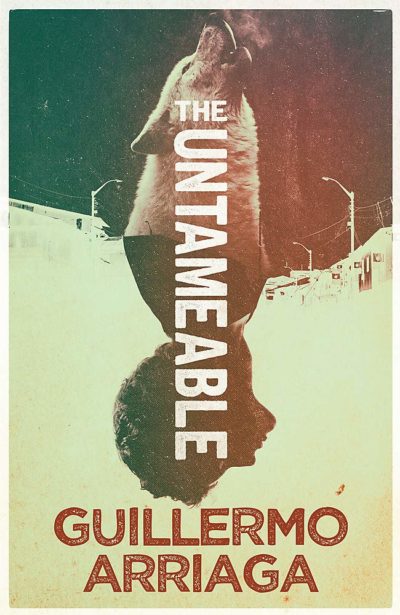 Goodfellas meets White Fang. A gripping coming of age thriller of vengeance and destiny set between Mexico City’s murderous 1960s underworld and the bleak tundras of Canada’s most remote province. By the BAFTA-winning screenwriter of Amores Perros.

In the Yukon, Canada’s far north. A young man tracks a wolf through the wilderness.
The one his grandfather warned him about:
“Of all the wolves you will see in your life, one alone will be your master.”

In Mexico City, Juan Guillermo has pledged vengeance.
For his murdered brother, Carlos.
For his parents, sentenced to death by their grief.

But in 1960s Mexico justice is sold to the highest bidder,
and the Catholic fanatics who killed Carlos are allied to Zunita,
a corrupt and influential police commander.

If he is to quench his thirst for revenge
Juan Guillermo will have to answer his inner call of the wild
and discover what links his destiny to a hunter on the other side of America.

An epic novel of revenge and retribution, in which the story of a teenage boy seeking vengeance for the murder of his brother by a sinister cabal is interwoven with that of an Inuit wolf hunter and his prey, The Untameable is a story of pure adventure, unfolding in the fragmented, non-linear fashion that Arriaga is famous for, and set against a backdrop of repression, police brutality and Church intrigue.

Sublime Arriaga. The Untameable consecrates its author as the best contemporary Mexican writer and as an indisputable figure among the writers in the world. — Gabri Ródenas ― Zenda.

The Untameable is one of the best books I have read. — Santiago Gamboa

The Untameable is showing us once again the mastery of Arriaga as a weaver of parallel stories that converge in the end. It’s his personal imprint. — Álvaro Soto ― El Correo

An exuberant celebration of the wildness in both man and nature, this is simultaneously cinematic, literary and compelling, dragging the reader along into a world of corruption and beauty like no other. A genuine event book.

Epic . . . A magnificent beast of a book. ― Weekend Sport

An epic tale . . . The screenwriter of such awe-inspiring films as Amores Perros, 21 Grams and Babel is a genius at making connections between far-flung people and events. ― Sunday Times Crime Club