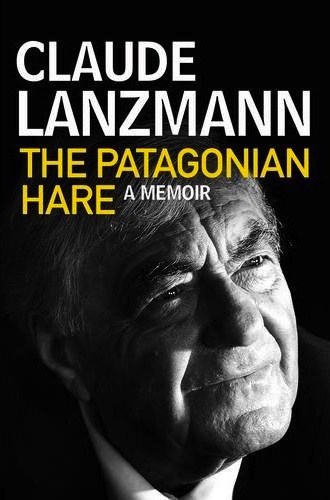 “The guillotine – and capital punishment and other diverse methods of dispensing death more generally – have been the abiding obsessions of my life. It began very early. I must have been no more than ten years old…’ Born to a Jewish family in Paris, 1925, Lanzmann’s first encounter with radicalism was as part of the Resistance during the Nazi occupation. He and his father were soldiers of the underground until the end of the war, smuggling arms and making raids on the German army. After the liberation of France, he studied philosophy at the Sorbonne, making money as a student in surprising ways (by dressing as a priest and collecting donations, and stealing philosophy books from bookshops). It was in Paris however, that he met Jean-Paul Sartre and Simone de Beauvoir. It was a life-changing meeting. The young man began an affair with the older de Beauvoir that would last for seven years. He became the editor of Sartre’s political-literary journal, Les Temps Modernes – a position which he holds to this day – and came to know the most important literary and philosophical figures of postwar France. And all this before he was thirty years old…Written in precise, rich prose of rare beauty, organized – like human recollection itself – in interconnected fragments that eschew conventional chronology, and describing in detail the making of his seminal film Shoah, The Patagonian Hare becomes a work of art, more significant, more ambitious than mere memoir. In it, Lanzmann has created a love song to life balanced by the eye of a true auteur.”

Praise for “The Patagonian Hare”

“The Patagonian Hare” is poetically intense in places, chatty elsewhere, sometimes dragged down by Lanzmann’s resentments and vendettas. The translation by Frank Wynne — whose translation of the Algerian writer Boualem Sansal’s novel “The German Mujahid” I admire — exudes in its punctuation and some untranslated phrases an espresso aroma of the French original, sufficiently to remind you that French is, in fact, the origin. The result seems to me, all in all, an uncomfortable book, doubly so right now, given the news from Iran and the Middle East. To read is to twitch. But this is not to Lanz­mann’s discredit. An uncomfortable book is what you would expect and even demand of an autobiographer who, in his capacity as filmmaker, can only be regarded as one of the supreme narrators of modern Jewish (and not just Jewish) experience.

Lanzmann’s life story runs like a vivid thread through the war years and the politics of post-war France. This makes his autobiography a treasure and its appearance in English, wrestled from Lanzmann’s dictated French by Frank Wynne, a boon. […]

His is an extraordinary life, and while this autobiography is no masterpiece it is a rumbustious, engaging, frustrating, joyous rampage through some of the most significant chapters of postwar history in the company of an unforgettable man.
David Cesarani, Literary Review

“Love and death go hand in hand in the life of journalist and filmmaker Lanzmann, who at 84 delivers his first book (originally published in France in 2009): a beautifully written memoir driven by both the writer’s passion for living and his memories of lost friends.

Raised as a secular Jew in a family with deep communist sympathies-and an unusual parental arranggement that included his mother’s lover-the author serrved in the French Resistance and narrowly missed capture by the Nazis. As an adult, he went where the action is, culturally and romantically. He became editor of Jean-Paul Sartre’s journal Le Temps Modernes (a position he still holds more than 50 years later) and had an intense seven-year affair with Sartre’s lover, Simone de Beauvoir, who was happy to take him on as her “sixth man” Faithfulness wasn’t anyone’s game then, and Lanzmann seemed to seduce nearly every woman he ever met. He also became deeply immersed in his own Jewish heritage and documentary filmmaking, ultimately resulting in his nine-hour magnum opus Shoah. Readers who have seen that great film will be especially interested in the last 100 pages, where he describes the making of it in exciting detail. Lanzmann is hardly a modest witness to his life, variously describing himself as a man of ‘phenomenal’ endurance, a ‘fearless skier’ and a ‘visionary’ but he’s equally generous to the memory of others. He renders beautiful if often painful memories of the departed: his beautiful and troubled sister, actress Evelyne Rey (one of Sartre’s many conquests), philosopher Gilles Deleuze, radical Frantz Fanon and his wife Josie (all but Fanon, who died of leukemia, committed suicide). Lanzmann’s life has been a precarious balance between rich and poor, right and left, joy and fragility.

I am neither indifferent to, nor weary of, this world; had I a hundred lives, I know I would not tire of it’ he writes. Intelligent readers will find it hard to argue.”
Kirkus Reviews (Starred Review)