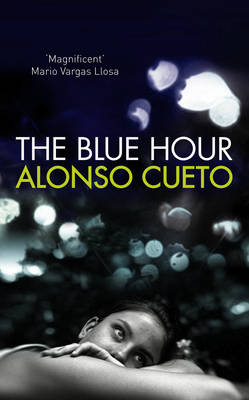 Can a son be forgiven for the sins of his father?

Adrian Ormache is a prosperous lawyer living in Lima. He has the perfect life: a great career, beautiful wife, two doting and intelligent daughters. But when his mother dies a series of events devastate his entire view of the past, his parents, and his country.Adrian’s mother leaves a letter indicating that she was being blackmailed. Confused, Adrian talks to his brother, who tells him that their long dead father Colonel Ormache, who led military operations against the ‘Shining Path’ guerrillas during the terrible Peruvian Civil War of the 1980’s, was not quite the hero Adrian had always considered him to be: he routinely had POWs and civilian women raped, tortured and executed.

His mother’s blackmailer is revealed to be one of the Colonel’s former subordinates. When Adrian confronts him the man gives him the name of the one prisoner whom the Colonel spared and kept as a lover – Miriam. Adrian becomes obsessed with finding Miriam. His search is cathartic and all-consuming, a journey that takes him into a country that is a far-cry from the stable, civilised Lima he’s used to, a people still haunted by a harrowing, ongoing war, and some truths about his family – and himself – that he could never have imagined.This is literary fiction with definite crossover elements: family secrets; an obsessive love affair; the brutality, misery and guilt of war; an intrigued and intriguing anti-hero searching for answers.

“…a magnificent novel that describes ten years of civil war and terrorism with lucidity and resonant fantasy.”

“The strength of the plot pivots on the lovers’ ambiguous feelings for one another:the intensity of their mismatched love and hatred is perfectly drawn. Cueto evokes the myriad of emotions, which helter-skelter through Adrián’s mind, sometimes comically– such as when he starts telling unpalatable truths to his in-laws – and sometimes with great pathos, but always plausibly and effectively. Whether Adrián redeems himself and his father’s ghost is not explained, but Cueto manages to explore that quest both imaginatively and provocatively.”

“This is an intelligent novel . there are fine scenes, especially when Adrian travels north in search of Miriam and learns something of the horrors of the war between the government troops and the terrorists.”

“The legacy of the Peruvian government’s bloody war against the Maoist Sendero Luminoso guerillas in the 1980s has informed much of the country’s best modern fiction, from Mario Vargas Llosa’s Death in the Andes to Santiago Roncagliolo’s Red April. Alonso Cueto’s fine, prize-winning debut novel stands in that tradition. …the conflation of Adrian’s personal trauma with his nation’s dark history is beautifully, delicately done.”