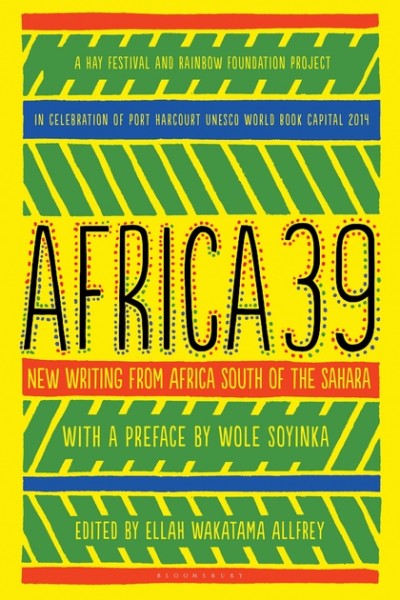 In 2014, UNESCO’s World Book Capital is Port Harcourt, Nigeria—the first city in Africa to receive the designation by public bid.

Port Harcourt Book Festival  are joining forces with the internationally renowned Hay Festival, which will bring to Port Harcourt its 39 Project, following on the success of Bogotá 39 in 2007 and Beirut 39 in 2010. This year, the 39 project identifies the thirty-nine most promising young writers under the age of forty in sub-Saharan Africa and the diaspora. With an introduction by Wole Soyinka, Africa39 is a must-read for anyone curious about Africa today and Africa tomorrow, as envisioned through the eyes of its brightest literary stars.

I have translated two of the texts in the anthology. One by Recaredo Silebo Boturu, a poet, playwright and theatre director from Equatorial Guinea and one by Richard Ali Mutu the Democratic Republic of the Congo