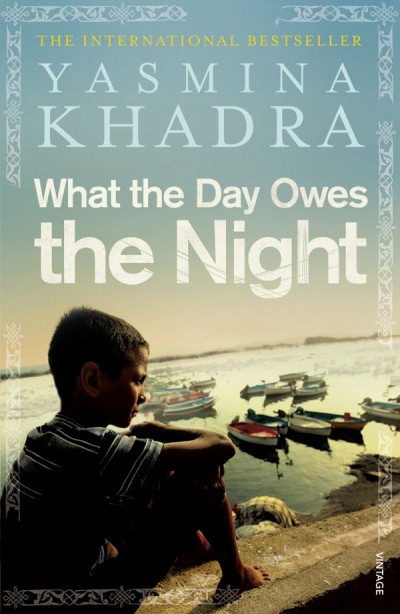 As a boy Younes’ life is irrevocably changed when he leaves his broken home in the Algerian countryside for the colourful and affluent European district of Río Salado. Renamed Jonas, he begins a new life and forges a unique friendship with a group of boys, an enduring bond that nothing – not even the Algerian Revolt – will shake.Yet with the return to Río Salado of Emilie – a beautiful, beguiling girl who captures the hearts of all who see her – an epic love story is set in motion that will challenge the bond between the four friends and force Jonas to choose between two worlds: Algerian or European; past or present; and at last decide if he will surrender to fate or take control of his own destiny.

Praise for “What the Day Owes the Night”

“This tale of family, love and war unfolds in Algeria before and during the armed revolt that led to independence. Caught between two worlds, its hero, Younes, is a sympathetic witness to the doctrines that divide people, and to the passions that may reunite them.”
Independent

“It is very well done indeed, sympathetic and humane. The narrative is compelling and there is a rich cast of well observed, or remembered, characters, all of whom are treated fairly and generously. The novel is so persuasive that one would be tempted to think it autobiographical, were it not for the fact that the narrator, Younes or Jonas, stands as far aside from war as he can. Furthermore he is, I should guess, a generation older than Khadra.

Khadra shows that the traditional novel retains what the experimental novelist Nathalie Sarraute once, perhaps reluctantly, admitted was its “enduring vitality”. He brings a landscape, a society, individual characters to compelling life. He explores difficult moral questions with sensibility and intelligence. He presents life as it is, and hints at what it might be. He writes with understanding and affection. This is a novel securely in a French tradition that goes back to Stendhal. It is a book in which you may lose yourself in reading and find yourself when you put it aside; an enriching work.”
Allan Massie, The Scotsman

“Khadra’s novel, set almost entirely in Algeria, has wonderful lyrical passages and is distinguished by its sympathetic intelligence…Khadra writes with a beautiful lucidity”
Scotsman

“Once a counter-terrorism officer in Algeria, now a French-based writer of sophisticated political thrillers under a pseudonym, ‘Yasmina Khadra’ here returns home, and digs further into the roots of violence…. Rich in incident and character (and ably translated by Frank Wynne), the novel shows us from within the colonised Algeria that Camus – as he acknowledged – could only glimpse an outsider.”
Independent