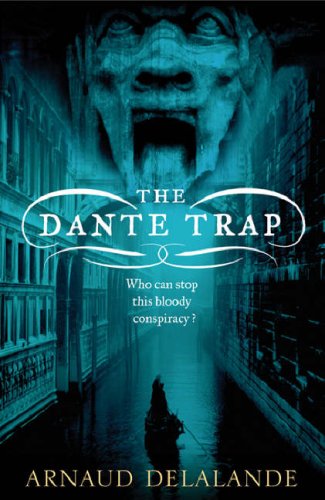 Arnaud Delalande’s preposterously gripping potboiler is part Dumas, part Thomas Harris. As a translator, it was glorious fun creating an 18th century voice for The Black Orchid, the devilishly handsome fop, spy and avenger in the Serene Republic of Venice, though the historical research took considerable time and effort .

Synopsis:
In the gothic shadows of Venice and the height of its prodigious power, when the revelry of Carnival spreads madness for six months  each year, a dark force walks abroad which threatens to annihilate the city itself. The body of an actor has been discovered, staged like a grotesque Passion Play, crucified, his eyes gouged out. It is not an isolated killing, for the man known only as The Chimera is determined to people  the nine circles of Dante’s Inferno, with the traitorous, the depraved, the gluttonous. Only by releasing The Black Orchid, a man condemned to death can the Doge of Venice hope to put an end to the grotesque and bizarre killings which threaten his life, his power,  his city. But in a city riven with hatred, seething with conspiracy, where satanic sects vie with government for power, no-one, no-one is to be trusted.

The Dante Trap weaves the visceral terror of Thomas Harris and the labyrinthine plotting of The DaVinci Code into a thriller as baroque, as bizarre and as brazen as anything you will read

Praise for The Dante Trap

A true one-sitting reading, this is charmingly ridiculous and ridiculously charming.
The Daily Telegraph