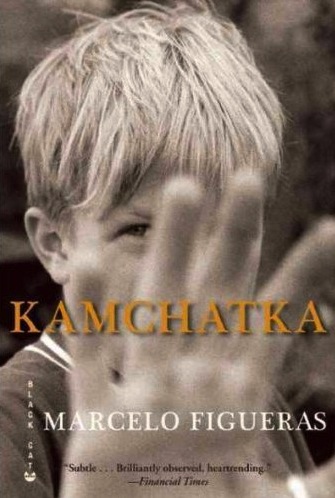 Winner of the 2012 Premio Valle Inclán

In Buenos Aires, in the mid-Seventies, a ten-year-old boy lives in world of school lessons and Superman comics, TV shows and games of Risk – a world in which men have superpowers and boys can conquer the globe on a square of cardboard. But in the outside world, a military junta have taken power; and amid a political climate of fear and intimidation, people are beginning to disappear without trace – when his mother unexpectedly takes the boy and his kid brother out of classes, she tells them they’re going on an impromptu family ‘holiday’. But he soon realizes that the rules of the game are shifting. This will be no holiday: his parents are known supporters of the opposition, and they are going into hiding – holed up in a ramshackle safe-house in the remote hills outside the city, they assume new identities and make believe that life continues as normal. Naming himself Harry, after his hero Houdini, the boy spends his days of enforced exile learning the secrets of escape. And in a world of seeming chaos and uncertainty, he attempts to imagine he has control over himself and his surroundings. A deeply moving and wise novel, written with immense heart, “Kamchatka” is an adventure story about a young boy forced to square fantasy against reality when reality and all its trappings – family, politics, history, and time itself – are more improbable than any fiction. Ultimately, it is a novel about the imaginative spaces we retreat to when we need to make sense of an unimaginable world.

“In this brilliant coming-of-age novel, Marcelo Figueras does not offer a conventional portrait of Argentina’s brutal past. Instead, he focuses on the personal rather than the political”
– Lucy Popescu, The Independent

“The result is a claustrophobic tale which exhibits real affection for its characters. A fine English language debut for Figueras — ably facilitated by Frank Wynne’s translation — Kamchatka is that rare novel with meaningful things to say about growing up.”
– Val Nolan, Irish Examiner

“The author, an Argentine screenwriter, vividly evokes a child’s reaction to a world beleaguered by violence. But he hasn’t devoted enough attention to plotting or the development of secondary characters, and the novel’s whimsical tangents often distract from its hopeful message about the healing powers of imagination and love.”
– Hirsh Sawhney, The New York Times Book Review
The disenchantment, which has since become entrenched in the country’s psyche, manifests itself as a form of national grief. (Argentina boasts more clinical psychologists per capita than any other country.) Moreover, it is a nation that remains exiled – distanced from Europe, its inhabitants somehow never able to return. This fact has not been lost on Marcelo Figueras, for both sorrow and exile permeate his brilliantly observed, heartrending novel Kamchatka. […]

Where many novels about Argentina’s stained past have tackled the horror head-on, Figueras is far more subtle. He allows the tension to build over the course of the novel, despite having given away the outcome with his first line (the line is repeated in the closing chapter): “The last thing papá said to me, the last word from his lips was ‘Kamchatka’.” Most impressive are the the seamless transitions in register between Harry’s 10-year-old voice and that of his older, more considered, self. As the older Harry says, “Time is strange and everything occurs simultaneously.”

By the end of the novel, the reader is told what Kamchatka has come to signify. Though for the author, Kamchatka – “a paradox, a kingdom of extremes, a contradiction in terms” – is not unlike his native Argentina.
– Andreas Campomar, Financial Times